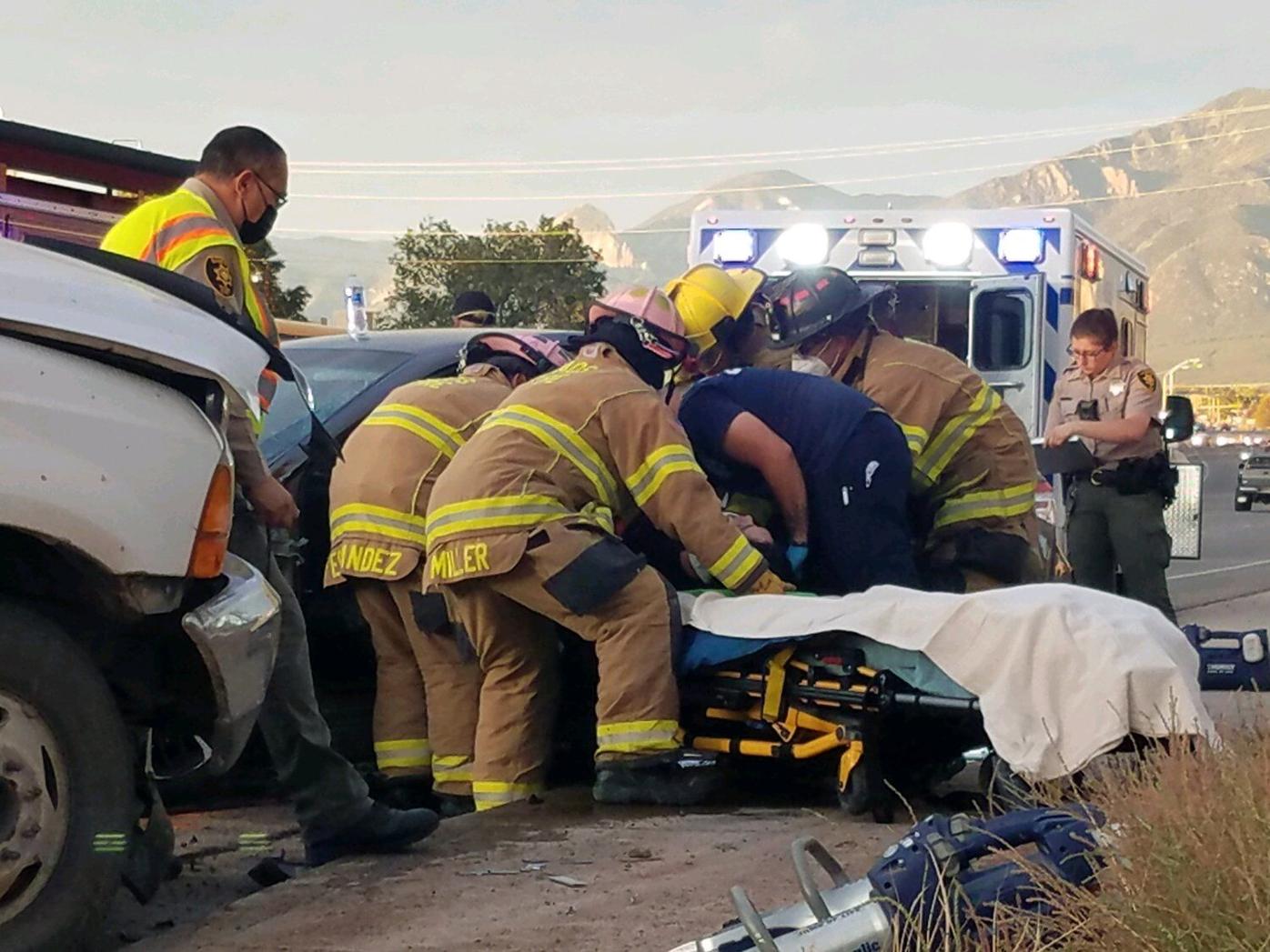 First responders tend to a person after an accident occurred near Ranchos de Taos on Oct. 4. 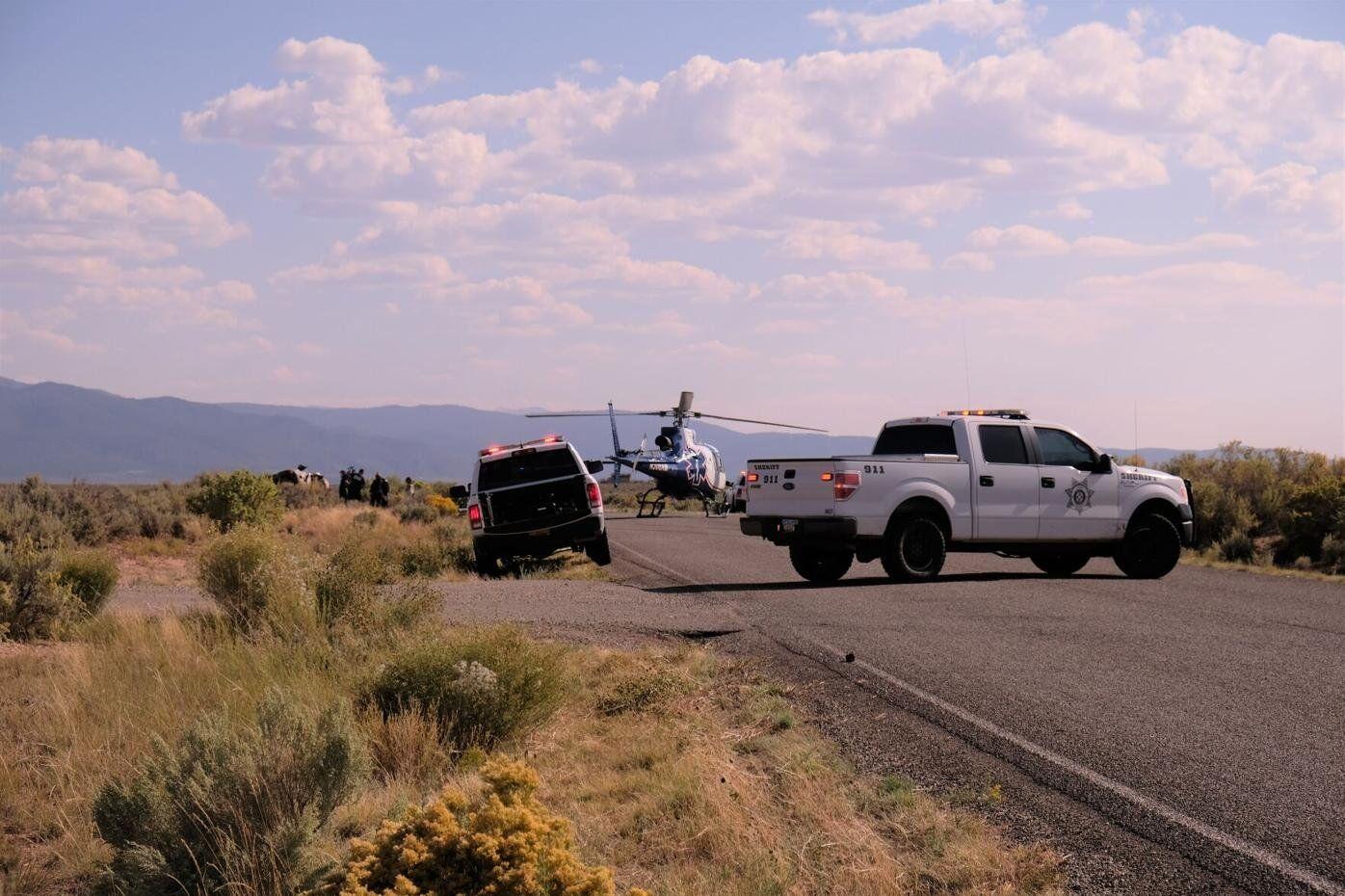 An single vehicle rollover that occured on West Rim Road in Taos County resulted in death of a woman on Sept. 16.

First responders tend to a person after an accident occurred near Ranchos de Taos on Oct. 4.

An single vehicle rollover that occured on West Rim Road in Taos County resulted in death of a woman on Sept. 16.

Taos County has seen a recent uptick in car accidents, both fatal and non-fatal. In the past month, two women have died while driving near the Rio Grande Gorge Bridge. Many others have experienced accidents that resulted in less serious injuries, along with minor fender benders.

Taos News spoke with Taos County Emergency Services Chief Chris Medina about what might be behind the increase in traffic collisions and what drivers can do to keep themselves safe on the road.

Q: Can you confirm that there has been an increase in car accidents recently?

A: We definitely have noticed that there's been a big uptick in these car wrecks for some reason, especially fatal [wrecks]. I mean, we do have a lot of fatals, but they're usually spaced out quite a bit. It's normally months and months before we get another fatal [wreck], but to have so many grouped together in such a short period of time is definitely unusual.

Q: What do you think is to blame?

A: It's kind of hard to pinpoint exactly what's the cause of this and what's going on, [but] what we noticed is speed is definitely a factor. People are just driving a lot faster in a hurry to get where they're going for some reason. And then a lot of distracted driving. You know, people are trying to multitask and do multiple things while they're driving and they just get distracted and aren't paying attention; they either go off the road and hurt themselves or they hurt other people as well.

Q: Do you think these crashes happen in some parts of the county more than others? I'm wondering if straight roads have anything to do with that.

A: It definitely plays a factor … The last two fatal crashes that I've been to were the one out here by 10,000 Wags, and the one before that out on Rim Road. I think part of the reason is that these are straight, straight stretches, and so people just tend to get a lot more speed. When we run a lot of calls to car wrecks inside the city limits, [people aren’t] going very fast. People rear-end each other at intersections [but] they're not going very fast. But once you get out here, on [US] 64 West and Rim Road, people pick up their speed. It's not unusual to see people doing upwards of 70 miles an hour up here.

Q: I'm wondering if you’ve seen an increase in accidents in [the town of Taos] in general. Is that all over or is that just in the county?

A: Most of the fender benders that we go to are usually within the city limits … Sometimes we're just there to check people out and make sure everybody's okay or airbags deploy; that kind of thing; a lot of fender benders within town. I wouldn't say that it's been a huge, huge increase, but it's definitely noticeable. We are seeing a lot of [fender benders], but when you get out into the periphery, speed is definitely a factor and it's easy for people to get hurt a whole lot easier because they’re driving a whole lot faster.

A: During the pandemic last year it was definitely a lot quieter; definitely a lot slower just because nobody was really out and about. So I think that definitely played a factor in it. And whether that's the factor now, whether people are just stir crazy and coming out more, we can’t say for sure.

Q: What kind of advice do you have for people who live out in those more remote areas and have to drive those roads every day? How can they stay safe?

A: The biggest thing is to slow down, allow yourself time to get where you need to go; leave earlier, you know, that kind of thing. People are in such a rush that they're just driving a whole lot faster. Also, pay attention to the road; don't multitask. We see a lot of people just driving through town on their phone, holding their phone up to their ear, or they have it on speakerphone. Just don’t do distracted driving.

Q: Are there any "defensive driving" tactics you would recommend?

A: Defensive driving is always a good thing. I mean there's online stuff that you can take, but you can be the most defensive driver yourself but you never know what the person in the car next to you is doing. It’s difficult to pinpoint what exactly the one cause is. But, unfortunately, these crashes are happening far too often now.

This interview has been shortened and edited for clarity.