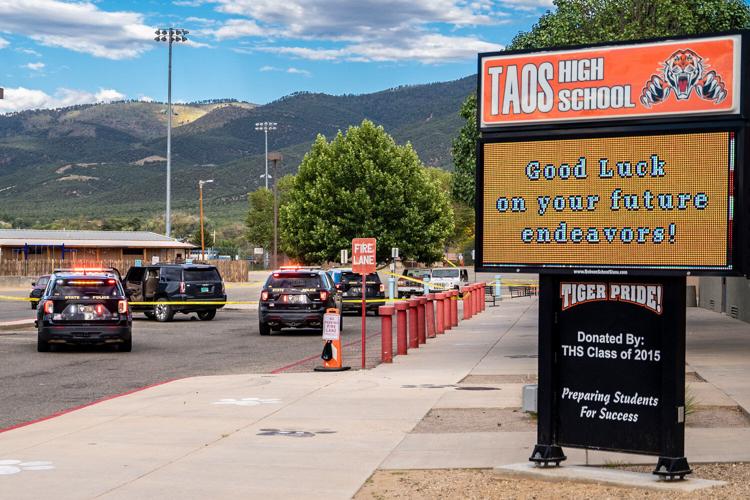 New Mexico State Police is handling the investigation of a possible stabbing at Taos High School that occurred after school hours on Monday (Sept. 19). 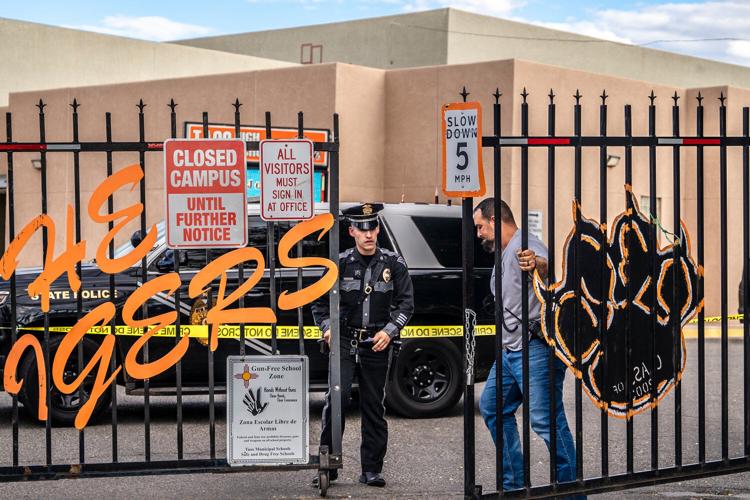 New Mexico State Police is handling the investigation of a possible stabbing at Taos High School that occurred after school hours on Monday (Sept. 19).

A 27-year-old Michigan man faces three felony counts after he was accused of stabbing a Taos High School cross country runner who was taking a break during practice Monday afternoon.

According to a statement of probable cause, the student who was attacked had sat down on a bench in the front of Taos High School's main entrance after running cool down laps nearby; Mcmillian was speaking with a teacher, telling him that "he was there to pick up his son."

The teacher then phoned a coach, and when he turned away from Mcmillian, the 27-year-old approached the student, "telling him that he was his father and tried to take him," the court document also states.

"You're not my dad," the student responded. The court document states that Mcmillian then "pulled a knife out from behind his back," walked up to the student and proceeded to stab him "in the neck area."

The student then ran toward the Taos High School football field, eventually turning back toward the school and climbing into an SUV in the front of the parking lot while Mcmillian chased him. Inside the vehicle, Mcmillian is accused of then stabbing the student multiple times in the abdomen area. A parent and a teacher were able to detain Mcmillian until law enforcement arrived.

The report of the stabbing was overheard on a police scanner Monday afternoon around 4 p.m., with state, local and tribal agencies responding to the call, along with county medics. Taos County EMS Chief Chris Medina said the student who was stabbed was flown to a trauma center in "serious, but stable condition."

While officials have not provided updates on the student's condition, Whitney Holland, American Federation of Teachers New Mexico president, and Francis Hahn, Taos Federation of School Employees president, said in a prepared statement that they had learned the student was stable: "It is with deep sadness that members of TFUSE and the larger Taos education community learned of a violent incident involving a student member of our school community. Violence of any kind is unacceptable in our public schools.

“We are pleased to learn that the victim is in stable condition and that the alleged perpetrator of this act is in custody; however, understandably, this event has shaken the Taos Schools community deeply," the statement continued."

Speaking on the phone Tuesday morning, New Mexico State Police Lt. Dominic Lucero said that Taos Police Department received the initial call about the stabbing, but state police officers were the first to arrive at the scene and took Mcmillian into custody.

In response to the incident, Interim Taos Municipal Schools Superintendent Valerie Trujillo announced in a press release late Monday night that all of the schools within the district would shift to remote learning Tuesday, with a plan to return to school on Wednesday.

Trujillo said in an updated press release late afternoon on Tuesday that the district was referring all questions about the incident to law enforcement and asked that students with information pertaining to the investigation contact law enforcement as well.

She reiterated that the district is making counseling services available to any students who request them.

A search of court records revealed no prior cases filed against Mcmillian in New Mexico.