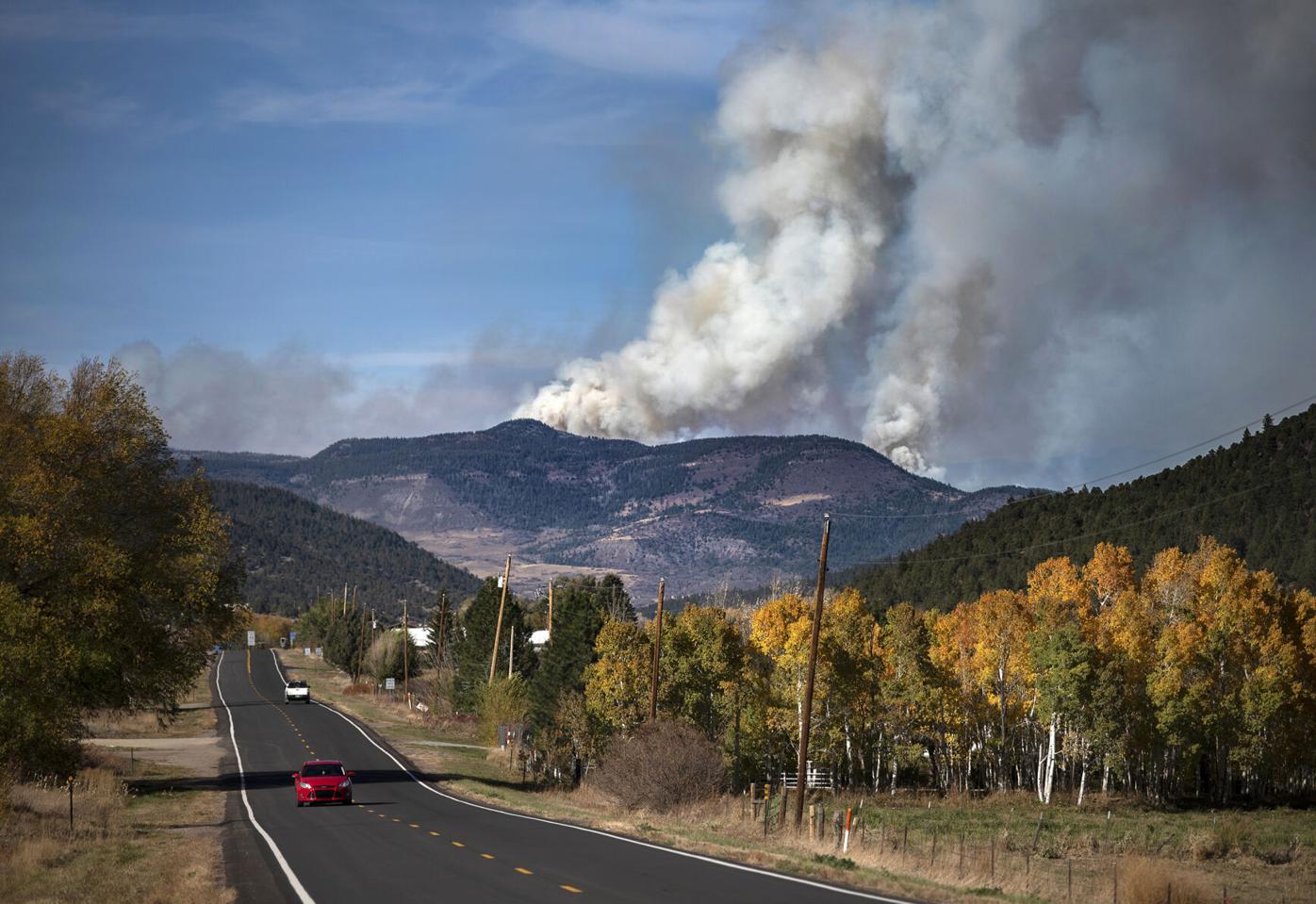 Smoke billows from the Luna Fire on Tuesday (Oct. 20) between Mora and Chacon. 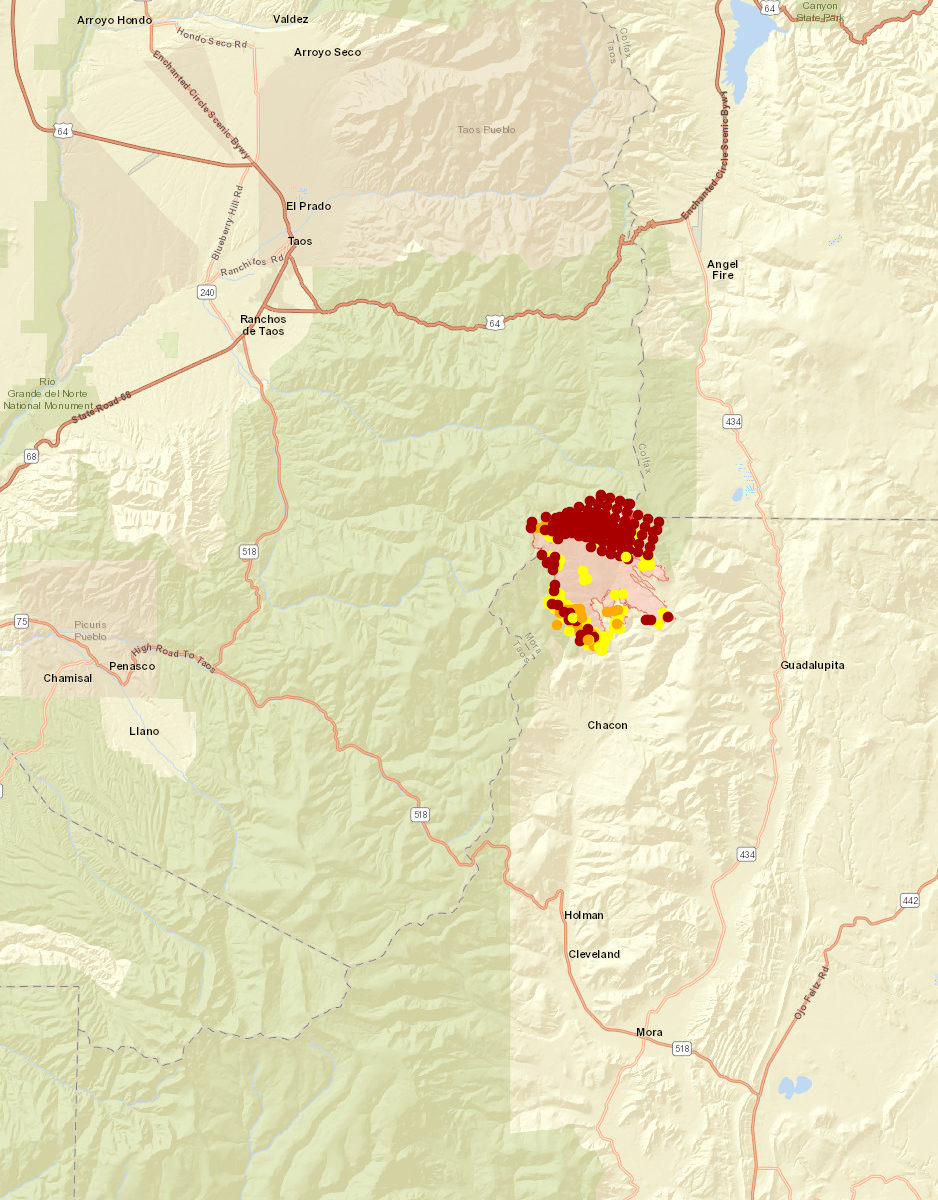 Smoke billows from the Luna Fire on Tuesday (Oct. 20) between Mora and Chacon.

As Thursday (Oct. 22) brought stronger winds to the area, the Luna Fire saw an increase in acreage to 10,300 acres, according to official reports.

The fire headed north, touching parts of Quemado Canyon to the southwest, and headed northwest into the head of La Junta Canyon, and northeast into Bull Canyon, according to local landowner Andrew Sandoval, who has remained in the area to protect his property and keeps an eye on the fire maps each day.

Because of the immediate threat of the fire, many parts of Northern New Mexico have implemented Stage 1 fire restrictions, which prohibit any sort of open flame, including small fires, cigarette smoking and fireworks – usually prohibited in national forests.

An ERC, or Energy Release Component, is a calculated output of the National Fire Danger Rating System that measures a fire’s potential intensity in a given area and helps fire managers determine their place in a fire season.

“We would normally see this in late June, right before the monsoons, where we’d get a little bit of rain,” Long said. “But it just didn’t happen this year. It’s abnormally dry, there’s wind and then you’ve got a combination of multiple ignition sources, which drives the extreme potential of fires.”

The time of season is both hampering their ability to get personnel to the scene and causing concern about the risk of stranded hunters, Long said. The timing of the 10,000-acre Luna Fire coincides with New Mexico’s elk-hunting season. Fire managers are encouraging hunters to remain aware of their surroundings and the fire danger. “We’re concerned that there may be people out there right now,” he said.

“We’ve done many helicopter recon trips. It looks like there’s no one out there but we’re a little concerned with [hunters] poking around to see if they can see an elk or a deer,” he said, making it clear that they do not want any members of the public in the fire area.

According to official reports, the cause of the fire remains unknown, although according to one map, the ignition site is outside of the current burn zone. The investigation team is “as eager as everyone to figure out what’s going on,” said MaryAnna Clemons, a public affairs specialist for the U.S. Forest Service. She also mentioned that the Forest Service is releasing a video on its Facebook page to help spread awareness of the fire and its potential for harm.

As the fire burns well into day six, it’s nearly impossible to predict where things will go from here, though with the Type 1 management team on-site, the agencies on the ground hope that the additional resources will help them contain the fire and prevent it from reaching local property owners.