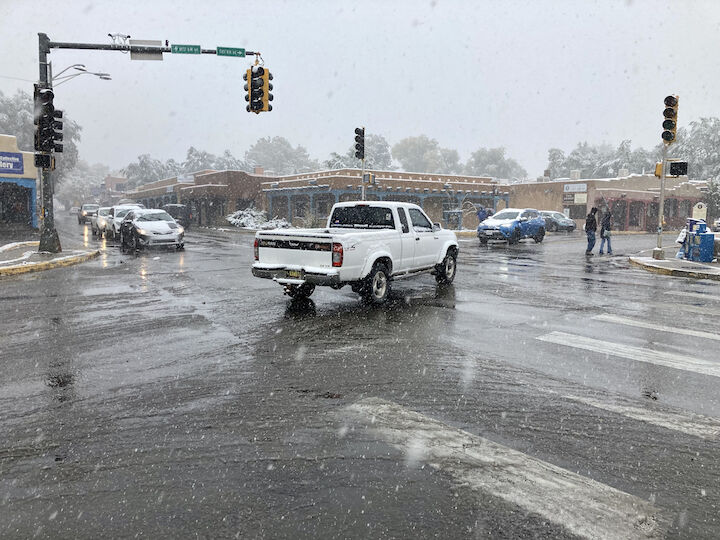 Power was out throughout town on Tuesday (Oct. 12) after snow fell unexpectedly in town. 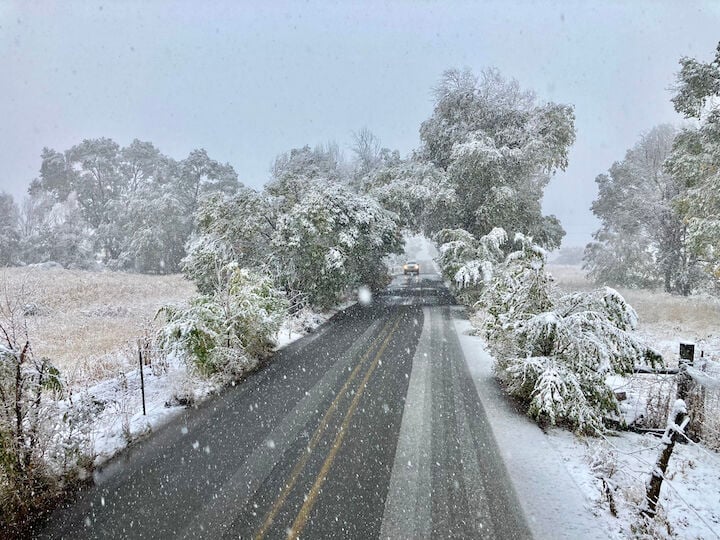 Power was out throughout town on Tuesday (Oct. 12) after snow fell unexpectedly in town.

Power to "large areas" has been restored, according to KCEC CEO Luis Reyes, but some houses remain without power in the town of Taos area, El Prado, Talpa and Questa. Reyes explained that the wet heavy snow that fell this afternoon is causing tree branches to snap and interfere with power lines.

Transformers exploded, trees smoldered and power to street lights, multiple businesses and even the phone lines at Taos Central Dispatch was lost Tuesday afternoon (Oct. 12) as rainy weather turned into the first snow of the season in Taos.

The first blown transformer was reported around 3 p.m. near the Laughing Horse Gallery, located on Paseo del Pueblo Norte a couple blocks north of Cid's. First responders reported that a tree was "smoldering," but said they couldn't take action to put it out until workers from Kit Carson Electric cut power to the lines in the area connected to the transformer.

Two more transformers reportedly exploded shortly after, including one across from McDonald's and another on Montoya Street, according to reports overhead on emergency radio channels.

Traffic lights also went out at the intersection of Este Es Road and Paseo del Pueblo Sur and in another location on Salazar Road.

There is no power on Taos Plaza, dispatchers reported around 3:30 p.m.

Dispatchers stated that Taos Central Dispatch, located in the Taos County Courthouse Complex, had also lost phone service, which they utilize along with radios to communicate with the public.

In a lighter moment, a dispatcher reported that a driver of a Ford F-150 was enjoying the snowfall by doing donuts in a local parking lot.

Luis Reyes told the Taos News at 3:48 p.m. that power was out in Ranchos, Ranchitos, Taos Pueblo and parts of the town of Taos. "All crews are working on outages," he said.

"Most of the outages that we responded to are trees on lines," he said. "The trees still have a lot of leaves and with the heavy snow, the weight of heavy snow on leaves causes branches to come in contact with the power lines." 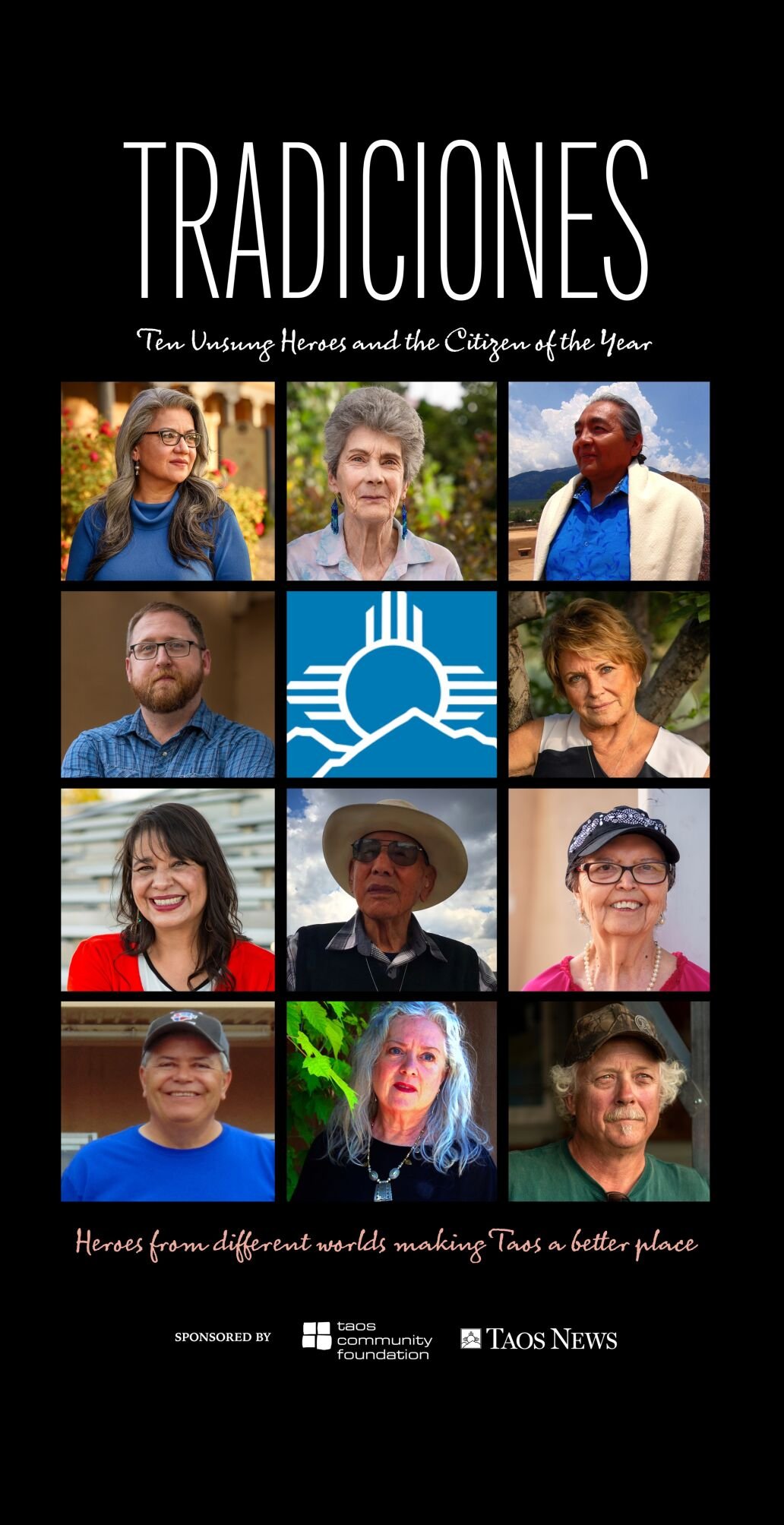