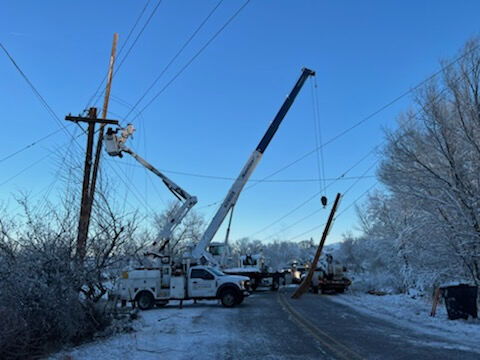 KCEC crews work to replace a downed pole after a winter storm dealt a second blow to the grid. 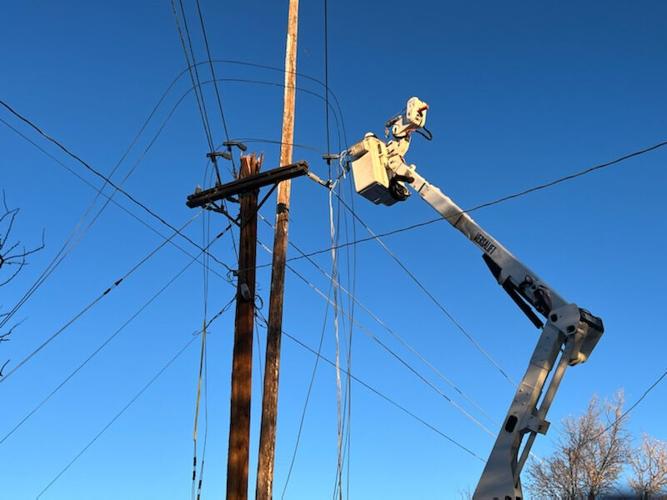 An electric worker stands in a bucket as a pole is replaced after a winter storm. 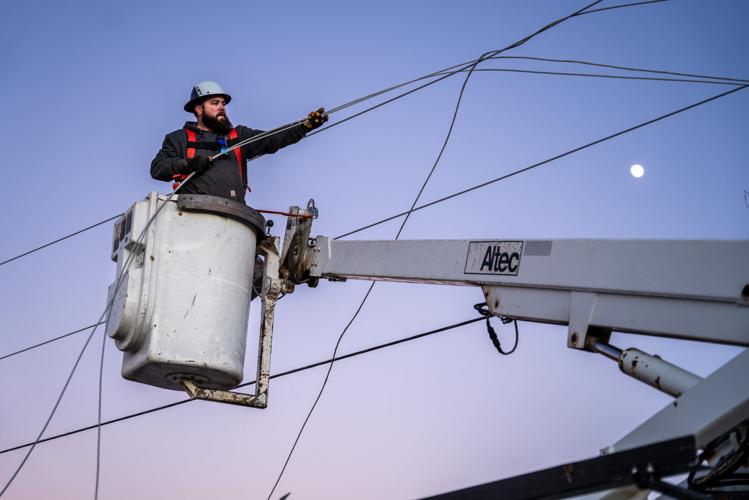 KCEC crews work to replace a downed pole after a winter storm dealt a second blow to the grid.

An electric worker stands in a bucket as a pole is replaced after a winter storm.

5:15 p.m.: KCEC crews have finished installing the transmission portion of the new pole, said Kit Carson Chief Executive Officer Luis Reyes. Power is estimated to return within the hour to the affected areas. "The hour is for safety check and clearance for safety of the employees," said Reyes. Residents in Peñasco, Talpa, Llano Quemado and north to Este Es Road should see power return shortly.

Temporary shelters have been set up for those who still don't have power at St. James Episcopal Church (208 Camino de Santiago Road) and the Juan I. Gonzales Agricultural Center (202 Chamisa Road).

The Taos County Sheriff's Office is also helping deliver wood to those who may need extra heat during the outage. Call Taos Central Dispatch at (575)758-3361 for inquiries about wood deliveries.

Noon: Power had not been restored to residents affected by the recent outage. Kit Carson Chief Executive Officer Luis Reyes estimated it would take between 2 to 3 hours to complete repairs to the line that went down over the weekend.

9 a.m.: A new pole had been set as of 8:30 a.m. on Sunday morning. However, Reyes said it would take additional time to frame the pole with cross arms and insulators and then attach wires.

St. James Church, located at 208 Camino de Santiago in Taos, is open as a warming shelter for anyone who experienced a power loss during this recent snowstorm and is without heat. The shelter is being sponsored by Enchanted Circle COAD, Taos County and Kit Carson Electric Cooperative.

Reyes said homes in those areas will be without power until the line can be fixed. Peñasco and Ranchos de Taos alone are home to about 3,000 residents total.

The CEO of Kit Carson said earlier on Saturday that he and his crews had been worried about the likelihood of outages following heavy snowfall that affected Taos from New Year's Eve through the morning of New Year's Day.

The harsh weather conditions also aren't over. While the snowfall stopped by Saturday afternoon, temperatures dropped dramatically after sundown, to a low of about 5 degrees as of midnight.

I think this outage was caused by frigid weather and heavy snowfall. I don't understand where lack of focus played a part. I also don't understand where the propane and internet business figures in and don't know the cost of the suggested duplicity. I do know and understand working in minus degree weather. I could go the next meeting and possibly learn and also express my appreciation to the men that worked so hard to restore electricity to me.

Kit Carson Electric Coop needs to focus on their primary business: delivering electricity, not propane, not internet. They need to actually build some redundancy into their transmission and distribution lines. A 69kV line should have the ability to be fed from an alternate source, isolating the downed/faulted line, in order to keep power up to its customers.