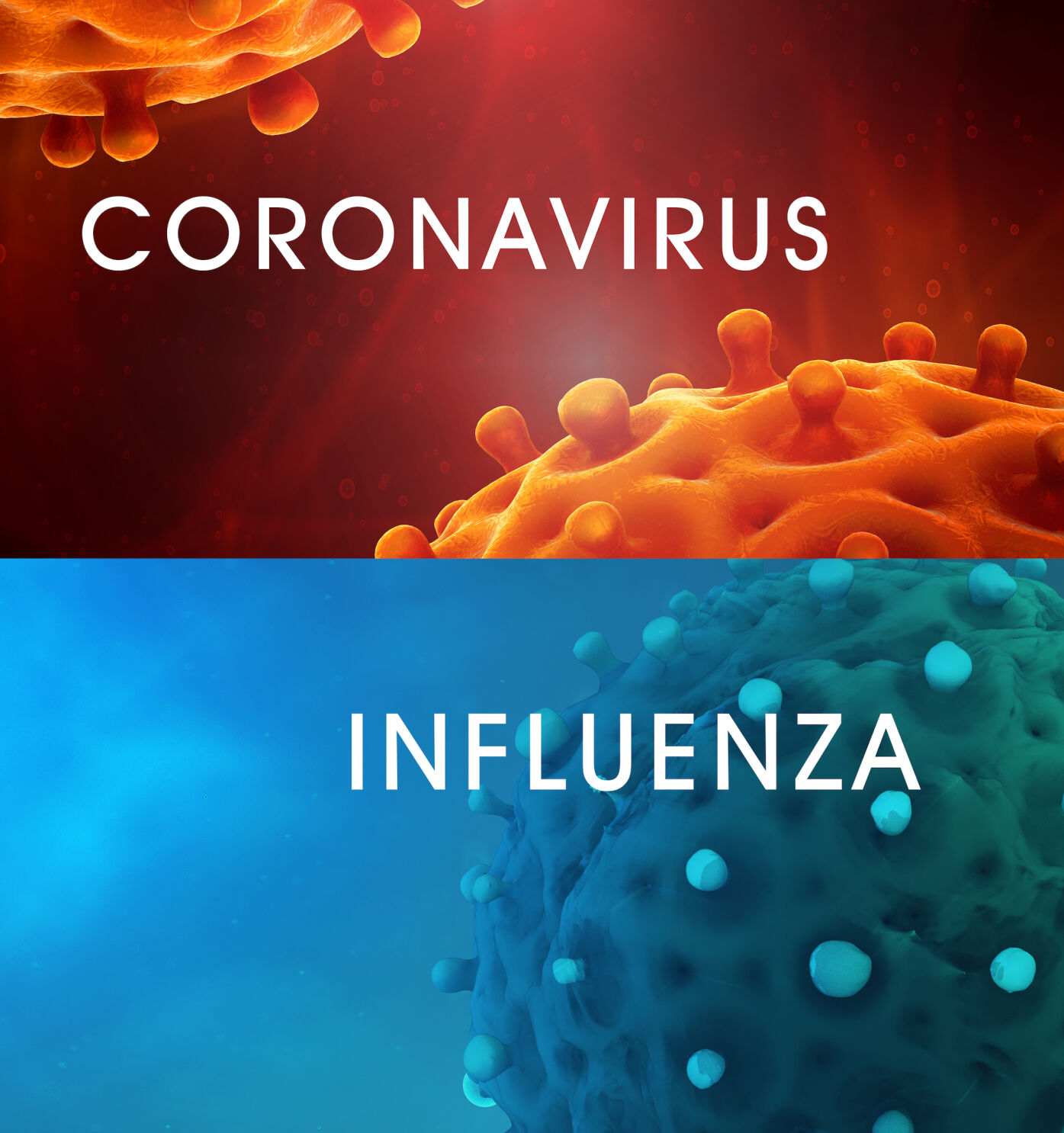 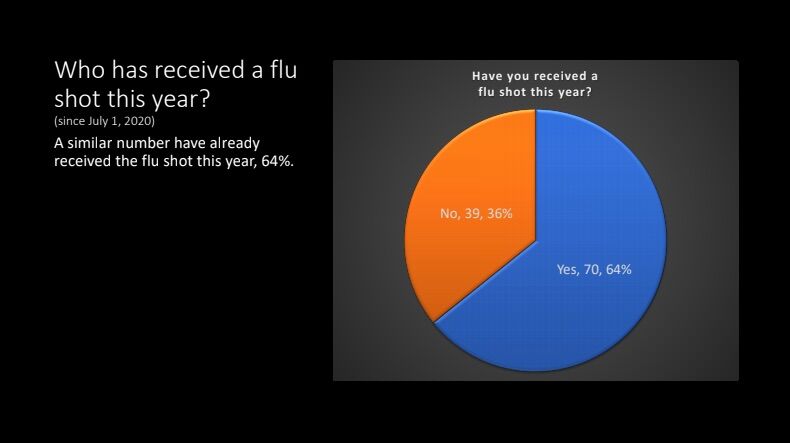 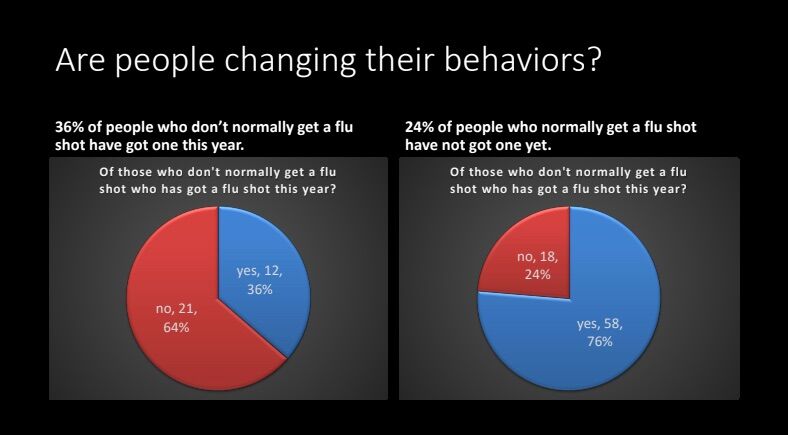 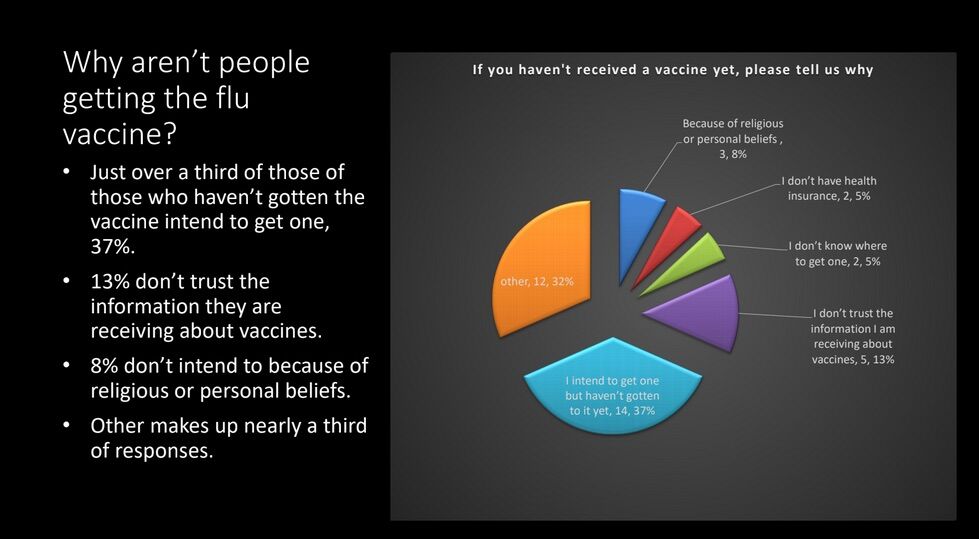 As the United States experiences a predicted surge in new cases of the novel coronavirus this fall, with no vaccine currently approved, health officials are concerned that hospitals could become overwhelmed by the co-occurence of another virus that returns every year: the flu.

There are around one billion cases of the flu caused by the influenza virus in humans annually, according to the World Health Organization. Three to five million of those cases are classified as “severe,” and between 290,000 to 650,000 people die of the virus.

While influenza vaccines have been widely available since the 1940s, health officials say a major reason why the disease continues to have such a devastating impact around the world each year is that a large percentage of the population still doesn’t get a flu shot.

There are a wide range of reasons given as to why – from a lack of time, intending to get one and forgetting to do so, being unable to find a free one and not having the money to pay, religious beliefs and an unsubstantiated belief that vaccines may cause other diseases, like autism in children.

During a forum livestreamed on Facebook in mid-October, Dr. Heather Marshall, Holy Cross Medical Center’s Emergency Department medical director, said the common belief that the vaccine can actually make you sick with influenza is also incorrect.

“When we talk about the safety of the vaccine, one thing that’s really helpful to know is that because we’ve been doing flu vaccines for 50 years, we have a lot of data about the safety of the vaccine,” said Marshall. “What we do know is that you can’t actually get the true influenza virus from the vaccine. And that’s because these vaccine formulations are mostly what’s called ‘killed virus’ or ‘dead virus,’ and what that means is the virus isn’t infectious.”

Marshall said a mild headache, nausea and feeling tired or sore are typical side effects of the flu shot.

People who should not get a flu vaccine include children less than 6 months old and people who might have a rare, but life-threatening allergy to the vaccine or one of its components. In some cases, an egg-based version of the flu vaccine can cause an allergic reaction in people with an egg allergy, Marshall said, but alternative forms of the vaccine may be available. Flu vaccines are safe for pregnant women and also help protect their children.

Dr. Karen Gelfand, pediatrician at Holy Cross, said children over 6 months old should be vaccinated twice during their first flu season, with shots given one month apart. Thereafter, it’s recommended they receive only one dose of the vaccine each season.

While a flu vaccine isn’t a perfect solution, “those who do acquire the illness despite getting vaccinated tend to experience milder symptoms than those who were not immunized,” said Dr. Lucas Schreiber, a longtime family physician in Taos, via email this month. “Even young and healthy people can get very ill from influenza. And for those who think they have a strong immune system and feel they can ‘handle’ the infection naturally, I express two points: if nothing else, the vaccine may prevent you from feeling horrible, weak, achy and febrile for five days while you miss school or work, and I encourage people to consider that receiving immunizations is not just about that individual’s health.”

At last week’s forum, Marshall also cited data collected from the 2017-18 flu season, which found that “we were able to prevent 7 million illnesses that year, 3.7 million hospitalizations and 8,000 deaths.”

Flu season in the Northern Hemisphere typically begins in October and lasts through April or May. Holy Cross staff recommended getting a flu shot now, which typically lasts for around six months.

The first case of flu in New Mexico was reported in a teenager on Oct. 15, just before the state hit a record number of new cases of the novel coronavirus. Taos County also topped its record this past week, with 43 new coronavirus cases on Friday, Saturday, Sunday and Monday (Oct. 23-26).

The town of Taos has been working to gather data this year regarding how many people get a flu shot in Taos County, in part, to gauge whether or not county residents will get vaccinated for the novel coronavirus if and when one becomes available.

An immunization survey conducted by Tim Corner, town of Taos Geographic Information Systems analyst, this month found that of 109 participants from around Taos County, 30 percent said they generally don’t get a flu shot each year and 32 percent said they didn’t get one last year. So far this year, 64 percent had received a flu shot.

The study also showed a shift in behavior among the respondents, with 36 percent of people who normally don’t get vaccinated having had their flu shot already this year, while 24 percent who normally get one still hadn’t gotten one yet as of the survey. Just over one-third of people who had not yet received a flu vaccine intended to get one.

According to The New York Times, 34 vaccines for the novel coronavirus are currently in phase one clinical trials, 14 are in phase two, 11 are in phase three and six are in limited usage, but none so far have been approved for full use.

While the world waits for further developments in the new vaccine to prevent COVID-19, health experts are urging the public to make use of one that’s been available to prevent severe outbreaks of the flu for the last 60 years.