As I look out my window this morning in the new year, the gardens I did not clean up in fall are outlined with frozen fog. Backlit by the early morning sun, flower stalks, tree branches and wire fences seem so delicate they would break if touched.

A Taos Police officer was charged with a misdemeanor last week after he was accused of taking his wife's cellphone away when she attempted to dial 911 during an argument at her home on Jan. 10.

Taos quilt-maker Emily Zopf died Thursday (Jan. 9) at 4 p.m. It was the 37th anniversary of her marriage to Bob Bresnahan, a founder of Renewable Taos and a trustee at Kit Carson Electric. Bresnahan said they had a very happy marriage.

Texan tourists photograph a blizzard as it sweeps across the Moreno Valley Friday (Jan. 17) in Angel Fire.

Time to vote Trump out of office
The reckless President Donald J. Trump may have blown any chance he had for reelection. His headstrong and heedless assassination of a …

New 'Dips' would provide outdoor activity for local families
Growing up in Taos, we were always outside playing, riding our bikes from one park to the other. Inevitably, we would find ourselves …

Time for Taos mobile spay-neuter
The horrific incident of dogs mauling a woman recently near Taos has driven home a sad fact: Taos County has far too many canines …

Here's to the end of a fraught decade
Not only is 2019 over but so is the decade of the 2010s. It was not a very good one for either the United States or the world as a …

What is racism?
I truly thought things were getting better until I ran into racism out in the open here in Taos. I was talking to a new …
Abeyta plan detrimental to Taos Valley natural water system
Beginning in 2018, a group of concerned community members issued a series of public statements regarding the Abeyta Settlement …

Esther Garcia, Age 74, a resident of Questa passed away peacefully surrounded by her loving family on January 5, 2020. She is preceded in death by her parents, Max and Tessie Ortega and sister Betty Ortega. Esther was a very strong minded and outspoken woman who cared dearly for the people and the community of Questa and Northern New Mexico.

Richard Clemens Dice Passed away on January 11, 2020. He was born on January 16, 1927 in Denver CO to Minnie Peterson. He was given up for adoption and lovingly adopted a few days later by Albert and Vesta Dice who raised him in Morrison and Lakewood CO.

Dolores “Dodo” Gallegos,  Age 74, of Ranchitos passed away on January 8, 2020. She was born in 1945 to Samuel and Adelicia Gallegos.  She passed away peacefully surrounded by her loving family.  She served for 25 years as the 8th Judicial District Court Administrator for the counties of Taos, Colfax and Union.  She retired at age 43 in 1988.

Reverend Robert Glenn Salazar, Went to heaven to be with Jesus Christ, His Lord and Savior, on December 30, 2019 at the age of 88 in Frisco, Texas. He was born in 1931 in Taos, New Mexico and graduated from Taos High School in 1950.

Sno Bird Ruben A. Romero Since Heaven has become your home we sometimes feel were so alone; and though we now are far apart you hold a big piece of our hearts.

Saying no to addictive foods

So 2020 is here and you've decided this is the year you will improve your diet and lose weight. Not surprisingly, that's the number one resolution for most Americans. Also, not surprisingly, a study conducted by the University of Scranton has found that 80 percent of New Year's resolutions have been abandoned by February - only about 8 percent of us hang in there long enough to achieve our goals.

Artist proves there's no barrier to creativity
Ten days away from her solo art exhibition and Jesse is beside herself with excitement, her mother Stevie says, referring to her Taos …

New fund is designed to help emerging artists
When artist Larry Bell turned 80 years of age on Dec. 6, 2019, his friends, fans and collectors took the occasion to show their love …

'Sound healer' taps wellness trend
"Every day, we are bombarded by noise that keeps us from accessing the peaceful silence within," said Taos sound healer Jvala …

Groove to up-tempo urban soul
Clifton (C-Plus) Johnson and Woody Andrew, from Oklahoma City, have been playing music together for more than 20 years now, playing …

Actor Robert Walker dies
The light in Taos is exceptional and something for which it is noted, but its glow sometimes emanates from something other than the …

TAOS SKI VALLEY - A trio of retrievers scamper in the snow ahead of Dave Hahn as he hikes in his ski boots along Highline Ridge and gazes out over the sprawling Sangre de Cristo Mountains under a brilliant blue sky. 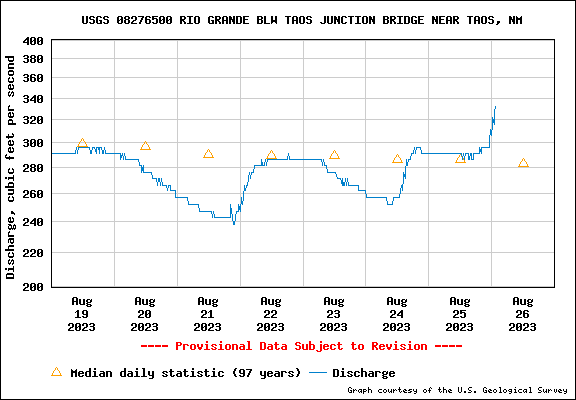